There are a number of different types of contraceptives that allow you to enjoy sex whilst reducing the risk of getting pregnant, however not all will protect you from the risk of contracting sexually transmitted infections. You can differentiate between the different types based on how they work: Barrier methods (e.g. condoms or a cervical cap), hormonal methods (e.g the pill), intrauterine devices (IUD) and emergency contraception.

This article will give you complete insights on What are the various contraceptive methods and everything you need to know about them.

The pill is one of the most commonly used forms of contraception and there are different types, which contain artificial versions of the female hormones estrogen and/or progesterone. The pill may also be prescribed if you have heavy or painful periods, severe PMS, or Endometriosis.

The usual way to take the pill is to take one every day for 21 days and then stop for seven days before commencing again. During the time when you’re not taking the pill, you’ll have a period-type bleed.

The pill, like all hormonal contraceptives, does not protect against sexually transmitted infections (STI).

This is another form of contraception that offers long-term protection and lasts up to three years on average.

The contraceptive implant contains progestin (progesterone), which is released into the body at a steady, slow pace for three years, producing the same effects as the pill.

The implant is inserted in the arm by a healthcare specialist and must be removed after three years. Since the risk of human mistakes is ruled out, the implant has a much higher effectiveness rate than the pill – around 99.99%.

The contraceptive patch is exactly the same thing as the contraceptive pill but in the form of a patch. It provides the same effective protection against pregnancy and has similar side effects (positive and negative). It does not protect from sexually transmitted infections (STI).

You wear the patch for three weeks, take it off for one week – allowing for your menstrual cycle – and then start with a new patch. A patch is a good option as once applied, you don’t need to remember to take it for another 4 weeks.

There is however a risk of skin irritation, and a (rare) chance of the patch accidentally coming off.

One shot of hormones lasts in the body for 8 to 12 weeks (3 months) and has the same effect as the pill.

Injectable contraceptives are about 99% effective, with pregnancy occurring mostly with women who forgot to renew their contraceptive shot in time (i.e. past weeks 11 to 12). Obviously, once the shot is given, it cannot be reversed, so you are effectively infertile for the next three months.

The vaginal contraceptive ring is a small, transparent plastic ring that is inserted into the vagina and kept for three weeks. It is then removed during menstruation and replaced with a new one.

The ring contains the same hormones as the contraceptive pill (progesterone and oestrogen), therefore providing the same kind of effective protection and side effects. You’ll need a doctor’s prescription to buy the ring.

Just like other hormonal contraceptives, the vaginal ring does not protect against STIs.

Pelvic Floor Muscles – Its Functions and How to Keep It Healthy. Click here to find out

The male condom is one of the most common contraceptive methods. It is easy to use, affordable, and offers the best protection against STIs (e.g. gonorrhea, chlamydia, HIV)

Just like the male condom, the female condom is one of the few types of contraceptives that you can buy without a prescription. It offers 95% effective protection for pregnancy, as well as some protection against STIs. Female condoms can be inserted up to eight hours before sex.

The Diaphragm is another barrier contraceptive and is placed inside the vagina in order to prevent the sperm from getting into the uterus. However, this type of contraceptive doesn’t protect against STIs.

Unlike the Male and Female Condom, you need a prescription to get a Diaphragm as a doctor needs to show you how to use one. The Diaphragm needs to be coated with spermicide each time before sex and inserted at least 6 hours before sex.

Can you get pregnant on your period? – Click here to learn more

It’s a small device made of soft latex rubber that fits over your cervix and is held in place by suction so that sperm cannot enter the uterus.

Cervical caps come in different sizes and must be fitted by a clinician. It must be left in place for at least 6 hours after the last act of intercourse but no longer than a total of 24 hours. It’s worth noting that the effectiveness of this method ranges from 84% to 91% for women who have not had children, and 68% to 74% for those who have.

For women, sterilisation is performed by cutting, clamping or tying the tubes leading from the ovaries to the uterus. These tubes are known as the fallopian tubes. It is a surgical procedure usually performed in a hospital, using a general anesthetic.

Tubal ligation is 99.5% effective immediately. However, it is important to note that, this contraceptive method is permanent.

Also, it does not offer protection from sexually transmitted infections (STI).

Spermicides contain the sperm-killing chemical nonoxynol-9 and work by setting up a chemical block at the entrance to the uterus. Here, sperm are trapped by the foam or gel barrier and destroyed by the chemical.

Vaginal spermicides used alone are about 78% effective, however, they may cause irritation to the vagina or penis and contribute to yeast and urinary tract infections.

The sponge is a small, round-shaped foam (polyurethane) placed deep inside the vagina. It contains spermicide so that sperm does not get past the foam. You should leave the sponge inside the vagina for at least six hours after sex, but remove it within 24 hours following sexual intercourse (to lessen the risk of toxic shock).

Hormonal and copper IUDs are both long-term solutions, meaning that you can keep them inside the vagina for up to five or ten years respectively.

Note that IUDs can be a form of emergency contraception if the device is inserted within 5 days after unprotected sex, however, they provide no protection against STIs.

Emergency contraceptives exist to stop you from getting pregnant if you have had unprotected sex.

This method is for one-off occasions and is not recommended for daily use. It is particularly useful if a condom broke or if you missed one of your contraceptive pills.

It is worth noting that there is no such thing as a contraceptive method that offers 100% protection against pregnancy or STIs. As such it is incredibly important to look at effectiveness rates for all the different methods and take these into account.

On average, hormonal contraceptive methods (e.g. the pill) are over 95% effective or more, and the condom is about 99% effective, although other barrier methods such as the diaphragm offer a protection rate between 80% to 95%.

Facts and myths about contraceptive methods:

1. Using a condom is the only way to prevent STDs

Yes: As mentioned above, Condoms, both male and female block the exchange of bodily fluids, meaning they are the most effective way of preventing the spread of STDs such as Genital herpes, Chlamydia, Gonorrhoea, and HIV.

It is worth noting however that some of the diseases, like herpes, HPV, and syphilis, can also spread with skin-to-skin contact with infected areas, including parts of the genitalia not covered by the condom.

Yes and No: Properly selected hormonal contraceptives (pills, patches, injections, vaginal rings, intrauterine devices with hormonal components) can have a beneficial effect on the menstrual flow. However, if not carefully selected they can also have negative side effects such as depression, weight gain, migraines, and so on.

3. You can get pregnant on any day of your cycle after unprotected sex

Yes: You can only get pregnant during the ovulation period. However, this time varies from different woman and well from cycle to cycle. There can be a number of things impacting when a woman ovulates (sickness, stress, traveling, lifestyle changes, and even for no apparent reasons)

Stretch Marks – All You Need to Know Guide – Click here

4. Spotting may happen in the first months of using any hormonal contraceptive methods and this does not indicate a problem

Yes: when you start using any form of contraceptive, your body needs to get used to a new dose of hormones. This can cause vaginal discharge, which doesn’t indicate pathology. The absence of any discharge is also perfectly normal.

Yes and No: This can be done with or without anesthesia. And is inserted during menstruation when the cervix is slightly open. The procedure takes several minutes. The pain threshold varies for each woman Some find the procedure unpleasant and others don’t.

Yes and No: This is subjective to the individual. Not all women experience this side effect, but some do. As a rule, hormonal contraceptive options should be carefully selected by a doctor. If you are experiencing weight gain or other side effects, you should contact your doctor.

Male forms of birth control are still in the research phase. However, the most promising forms are a pill, a gel, and a nonsurgical vasectomy, with a new gel entering the trial stage.

The transparent gel is applied to the upper arm and shoulder area every day and is absorbed through the skin, eventually reaching the pituitary gland and blocking the production of sperm. The effects of the gel are reversible with discontinued use, however, they have been shown to cause side effects of acne and weight gain in a small portion of men.

You can read more about this new trial here.

For more information on contraceptive methods and which one is best for you, contact your GP. Dreaming may be caused by several factors but most importantly by hormone imbalance and sleep disorder. Have you ever felt more tired after a vivid dream? If so, then we suggest reading this article and finding out more about the causes and how to control your body tiredness from the 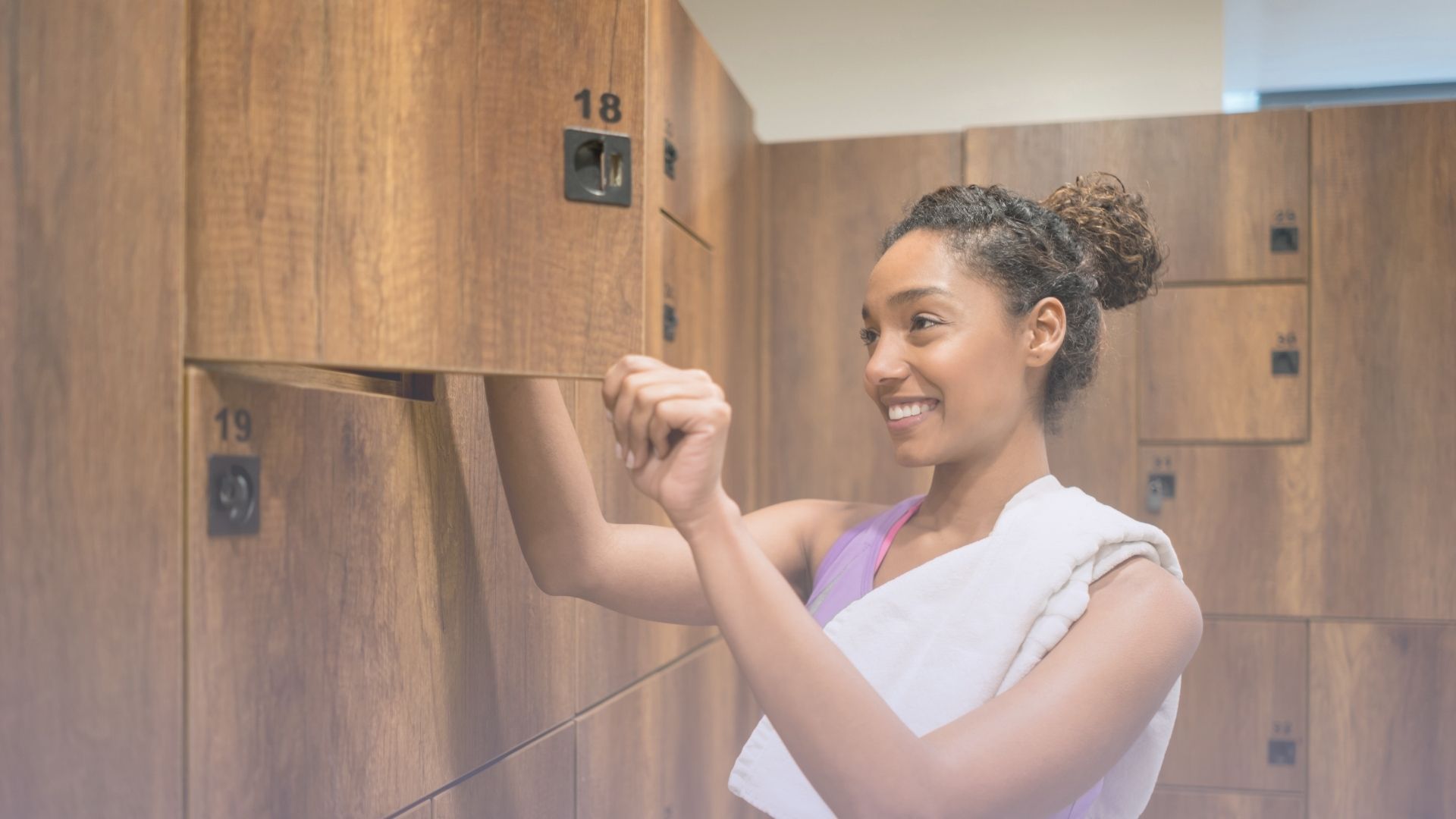 Exercise is one of the best things you can do for your body and mind—and kudos to you for taking such good care of yourself. Likely, you also spend a good amount of time looking up new workouts, proper nutrition, and cutting edge gear. But, there’s probably one